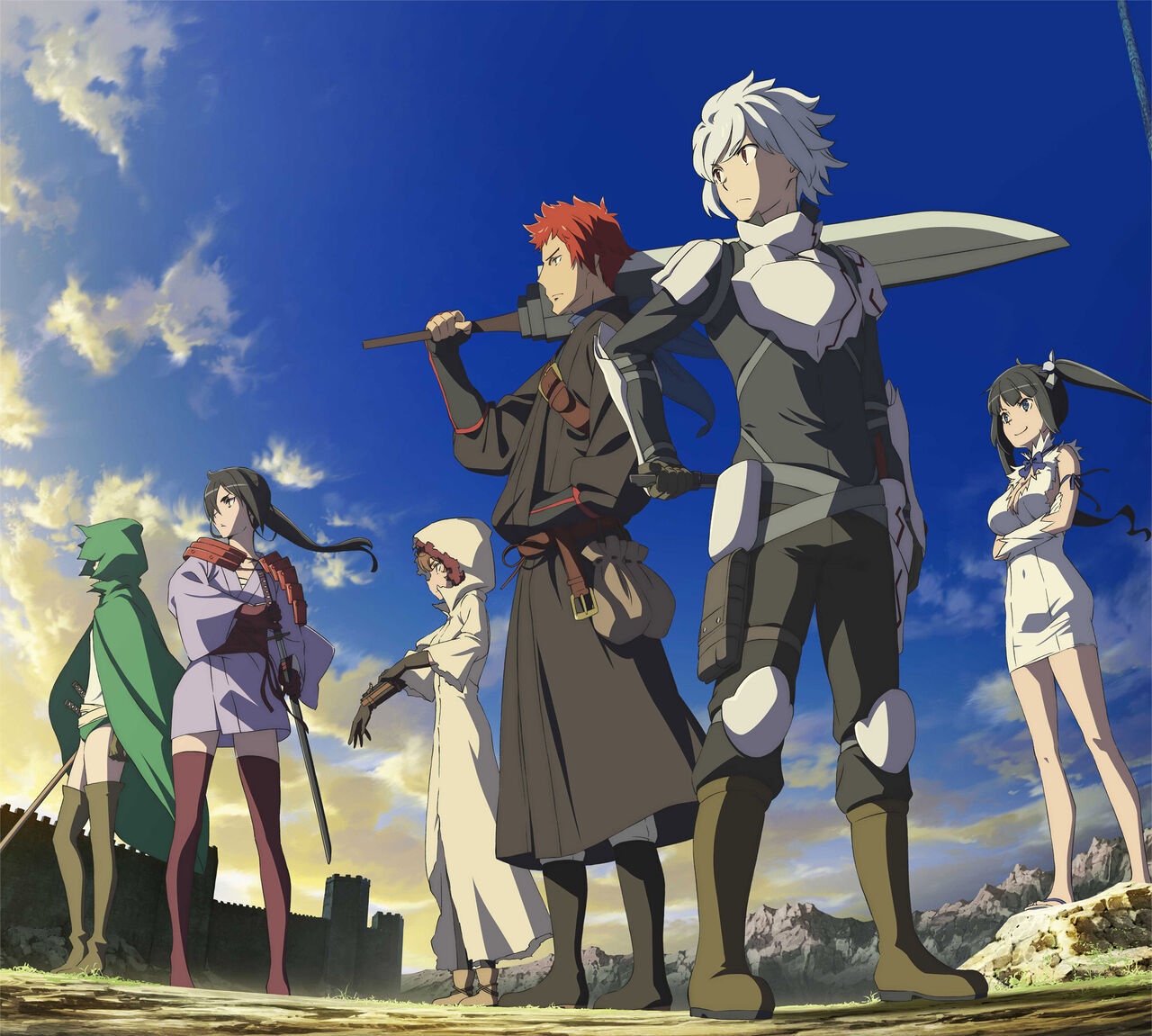 What's on your mind?

I started the LN a days ago, and started to look up things on the wiki, but I didn't understand some things, especially the levels and status on the wiki. For example Bell is a level 4 adventurer and Ottar a level 7, but their status are higher for Bell and lower for Ottar, how that makes sense?

I want to know if it was more violent during the times of Zeus because I keep hearing that members of different Familias were killed.

The deity will be bothered but the mischievous side will be entertained especially because is love, and particularly due to Hestia being extremely irritated.

Loki is a bit different than Hestia sure she doesn’t like her favorite child being in love but in truth the deity wants Ais to become more human.

Loki knows a great deal of Ais’s background the boy is changing her for the better, and she definitely supports this.

The claws were made out to be the ultimate weapons. Indestructible and razor sharp. The juggernaut itself had no magic stone, so it's body would not have poofed. Seems like a missed opportunity there for either Bell, Ryu, or both to walk away with a brand new weapon- especially since Ryu's sword was broken.

This is a very likely possibility in my opinion the cat will come out of the bag since the War game determines the future of Bell.

I actually thought at first that this deity is annoying and bothersome but in the overall picture she is a good goddess.

The most important aspects is she cares greatly for her children, and leads them well, and the other is that she doesn’t try to steal others.

Think about the math

Alfia was 17 when she reached level 7

Anyone knows what it is

Alfia mentioned it as something Ouranous didn't give up, and Ais was also in the same situation as it.

Aphrodite mentioned it in sequence with Bell being a hero, and stated that Maquia

Found this name, what if Bell is short for this and this is his true name, based on the history of Bellerophon, it seems to fit Bell, and if Bell is to be a hero, who better to be named after

Is the name of the show different in Australia?

I feel like when I watch this on Netflix the time you had something familia in it or has it always been called “is it wrong to try to pick up girls in a dungeon?”

I am checking his stats for the War game and there is no feasible way to win unless you cheat in a bad manner.

I know that Ais is the front runner but Ryuu for some reason is worthy in being here.

I respect Ryuu in what she brings to him the Elf is a wonderful person.

I just read the synopsis of ln vol 16 and the relationship between Ryu and Bell in wiki. Bell reject Sry and said that he already has a person who he is chasing for (which is Ais) and Ryu saw this conversation. I really wonder how Ryu will act after she know the fact that Bell already love someone that is not Ryu. Do her feeling change from “love” to something else like just “respect” or will Ryu giving up on her love feeling to Bell ?

It is possible if the war game in the volume 18 are three vs three match between Freya Familia vs Hestia Familia and alliance? Battle with Hestia and Freya choose three adventure to fight with each other.

What is your opinion about the next war game?

I want to know any type of special procedure or rules to accept him as a lover to Ais.

Although I haven't read EF yet, people have been telling me some stuff on her character, both here and on reddit, and with that and what I've seen of the series so far, and the info we have in general, I think I can see a way of how Freya can decide to become Syr.

From what I got, Freya is her selfish self and Syr is her kind self. Warn me if you think I'm off here. I'll only ponder reading EF after vol 18 is out.

Freya isn't exactly a fan of doing evil stuff, but she does, and from what I saw on the ms so far, she thinks she is always right about what she does. Now, here is the thing: what if she saw something that she did, actually harmed someone else?

With the Fulland tale and everything on vol 17, I think that the spirit's change of mind is gonna be Freya becoming Syr.

Oh, I should have warned in the beginning, this is again, fully based on the idea that Bell's background is gonna be revealed. Sorry about that, but I'm gonna keep this belief till the end.

So, yeah, Freya finds out about Bell and realizes what she took from him. And I know most of you are gonna say: but Bell had a good life with a caring grandfather. He did not suffer any damage. Yeah, and that logic may also be in Freya's mind as well, but there is that undeniable aspect that he did lose a possible home and family, even if that did not actually affect him that much. So, Freya would see that her actions, her selfishness (honestly, even if Hera and Zeus constantly humiliated her, kicking them out when after they had almost succeeded in saving the world and were slaughtered, is a huge dick move. From what I got from some talk on reddit, Ottar thinks the same thing, and maybe even Finn, though now I'm fully talking on reference, so there's a chance I'm wrong on this one as well), actually wounded someone, even if that person doesn't even know that wound is there.

I think this would be a great way to make her change. I picture it as her being stuck between Syr and Freya. Syr wants to apologize to Bell and protect him, Freya wants payback for all the humiliation that Hera and Zeus did to her, and Bell also humiliated her in vol 17 people (though he did not intend to). And, before you say anything on how she let go of her grudge on Astrea Records: clearly not in her right mind and this would be the ultimate humiliation. Pretty sure she never fell in love with a Zeus or Hera child and was rejected.

I understand the stakes for the War game but is there something else to be gained other than just Bell.

The book does not say anything because the current leaders are calm, and collected.