D
The Hestia Familia (ヘスティア・ファミリア) is an exploration type Familia that is led by Hestia.

Hestia Familia was at first an undersized Familia with a single member until the War Game, at which point several of Bell's allies joined the Familia to help. Despite their newfound fame after their victory, further recruitment of members failed after Hestia's debt was revealed.

The Hestia Familia home is known as the Hearth Mansion (の). It is the former Apollo Familia home that was given to them after winning the War Game. The Hearth Mansion is a large three-floored mansion with a large iron fence around it. The home also has an inner garden, corridors, and a large front garden with flowers and trees. After it was renovated, a forge and a large wooden bath were added.

The Hestia Familia formerly lived in the basement of an old abandoned church that was given to Hestia by Hephaestus. A secret door led to the basement which was in a P shape. The church was destroyed by Apollo Familia during their attack. However, the basement was later used to hide Wiene.

The Hestia Familia emblem is fire with a bell, representing Hestia and Bell. She chose this emblem because the Familia started with just the two of them.

The Hestia Familia theme revolves around the fire as Hestia has a second name, Vesta, meaning "the fire that keeps on burning". 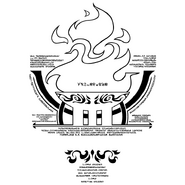 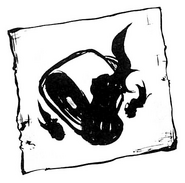 The Hearth Mansion at twilight